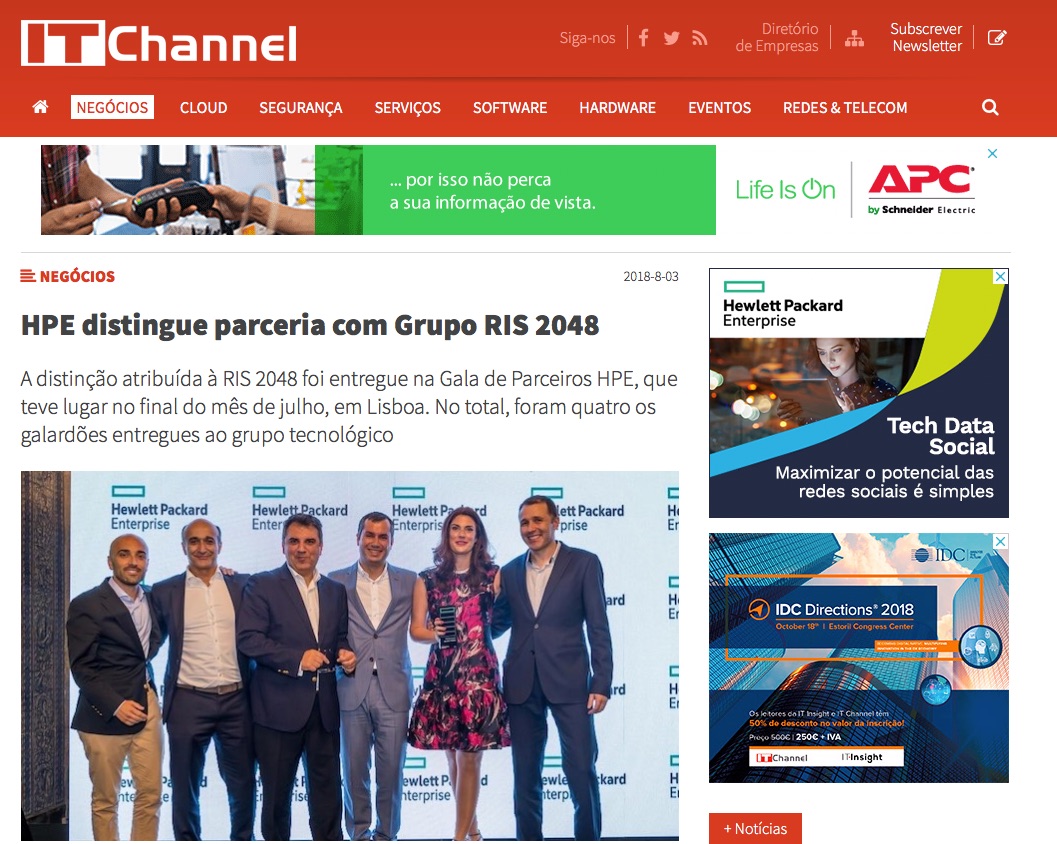 HPE distinguishes partnership with RIS 2048 Group The distinction awarded to RIS 2048 was delivered at the HPE Partners Gala, which took place at the end of July in Lisbon. In total, there were four awards delivered to the technology group. RIS 2048 Group is currently a Platinum Converged Infrastructure Specialist from HPE. After receiving […]

This site uses cookies for a better user experience. When you navigate the site you are consenting their use.oknot ok